The Hong Kong Bible Conference is a non-denominational meeting that welcomes all Chinese Christian churches and individuals around the globe. Through preaching Bible in depth, the Conference aims to strengthen the spiritual lives of believers, moving believers to devote themselves to serve God, so that churches can be united and revived.

Since 1971, the Conference has been held at the Kowloon City Baptist Church. Since 2003, many transmission locations have been set up all around Hong Kong and, through live-broadcasting technology, more people can attend the Conference simultaneously. The attendance has grown to over 200,000 recently.

Besides Hong Kong, including Southeast Asia, North America, Europe, Australia and New Zealand, there are more than 80 transmission locations providing simultaneous transmission or replay, bringing about spiritual strengthening and revival to Chinese all around the globe.

The Conference provide spiritual development for individual believers; to do this, Bible study is a must. From 1 to 10 Aug each year, the Conference provides three different sessions to build up believers’ spiritual faith so that our lives can be transformed and renewed, and Truth in the Bible be applied in everyday lives.

Bible Exposition: to study a selected book of the Bible comprehensively, in order to understand the Truth in the Bible.

Preaching Hour: to meditate a theme through the Bible, hence to understand the Word of God.

Revival Message: to bring zeal to Christians by Biblical Truths, so that Christians can devote to God and serve.

​Please include the following information to us.

​After the transfer, please mail or e-mail the receipt and your personal information to us. 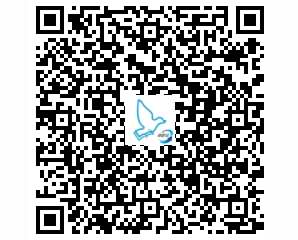 Payable to:
Hong Kong Bible Conference Association Limited
FPS no.:166006098
(Proxy ID: 166803742)
Please scan by FPS function in online banking.
After the transfer, please e-mail the transfer date, time and your personal information to us.

Oversea churches are welcomed to join our transmission ministry. Please contact us by email for more details.
TPL_INFINITY_NO_MORE_ARTICLE